When you think about innovative technologies and scientific experimental settings, the words ‘socialism’ and ‘friendship’ don’t come to mind easily.  But it turns out, they were key to get the company in the position it is today: an innovative and strong market leader. TEDxBreda had the privilege of visiting the Dutch ZEISS company and hearing how social ideas can contribute to innovation.

Ernst Abbe, Otto Schott, and Carl Zeiss were business partners in the late 19th century. Carl Zeiss had a successful workshop in optical production, but couldn’t manage to produce the exact same lens every single time. After numerous attempts, he joined forces with the younger scientist Ernst Abbe. We know him today as the mastermind behind the Abbe-number, a scientific and exact measure for calculating the dispersion of light and to determine the optical characteristics of a lens.

But as all inventions do, it took him quite a lot of time and experiments to get there. Thanks to this Abbe-number, Zeiss and Abbe were able to optimize the systematic production of lenses. When they started a collaboration with Otto Schott – a manufacturer of specialist glass- you could say the ‘golden team of optical glass’ had arrived. In a period of just one year, they were able to create a new microscopic lens with extraordinary features. This launched the beginning of a successful business that rose attention for its high-quality products all around the globe.

But innovation wasn’t the only thing that drove these men. They were also passionate socialists and beloved friends. Carl Zeiss and Ernst Abbe had already made many social reforms in the ZEISS company and were publicly seen as the pioneers of social insurance. Back then, it wasn’t evident that people got health insurance or work pay when they were sick. But at ZEISS, it was.

Just a few months after the first successful collaboration between the three men, Carl Zeiss suffered from a stroke. There were ups-and-downs, but eventually, in three years time, his health deteriorated and he died. So how did this leave Abbe?

He made an important decision that would define the ZEISS company as it is today: he founded the Carl Zeiss Foundation as a dedication to his true friend. Abbe made the foundation the sole owner of the ZEISS works and part owner of the SCHOTT works. Later on, Otto Schott would also transfer all of his shares to the foundation. This unselfish act safeguarded the existence of the companies ZEISS and SCHOTT irrespective of personal ownership interests. And it still stands its ground more than a century later, in a time where – in most companies- shareholders mainly focus on what comes in their pockets. And we all know the bad examples there….

So what does this company structure of a foundation with its underlying businesses teach us? According to Neil Morrison, Communication Coordinator at ZEISS Benelux, this creates an atmosphere for continuous innovation. ”There is no personal chase for money, as the sole shareholder of the businesses is the foundation. The only thing the foundation chases after is – as it says in the statutes- cutting-edge research. Money from the businesses is a means to an end, not the ultimate goal.” These kinds of business models are getting new attention nowadays in the ‘economy of purpose and meaning’, so you might say that ZEISS is one of the oldest modern ‘social enterprises’ we know today.

“ZEISS is a very social company, you notice there is a lot of history there. It is extremely satisfying for employees to see that all profit benefits the research. I think that’s why we have so many passionate and ambitious specialists working here. We work in a niche market: even our customers are specialists. They are very eager to help us with improving our products and they know every detail. They recognize a ZEISS-product immediately.”

ZEISS has built innovation at its core. From a small company in Germany, it became a world leader in the optics and optoelectronics industries. The company develops, produces and distributes measuring technology, microscopes, medical technology, eyeglass lenses, camera lenses, cine lenses, binoculars, and semiconductor manufacturing equipment, it applies for about 500 patents a year, is a committed sponsor of theses and one of the largest publishers of professorships.

The founding fathers can be proud. 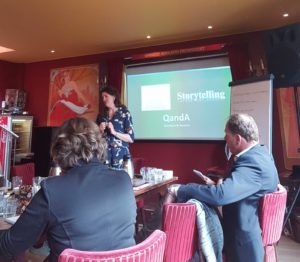 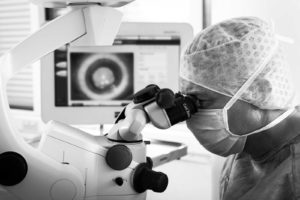 © 2020 Copyright TEDxBreda. This independent TEDx event is operated under license from TED